Dawn Stephens on Friday became just the second female president in the 100-year history of the Associated General Contractors of Washington. Stephens is the chief financial officer at Charter Construction in Seattle.

Stephens said she has three priorities lined up this year for the association. The first is to celebrate and learn from the local chapter's past. She and other officers have been going overboard meeting minutes from the last 100 years and discovered some similar challenges: a pandemic, strikes, labor shortages, permitting problems, and supply chain issues. “But not all at the same time, until now,” she said.

One takeaway from those meeting minutes was how predecessors increased the financial stability of the local chapter by constructing the AGC Building in 1970 along the shores of Lake Union.

Stephens' second priority is rolling out the chapter's new strategic plan, which the officers, board of trustees, and staff last year spent many hours working on. She said a big update focuses on increasing the impact of commercial construction through building an economic and vibrant Washington where both the community and businesses prosper. The plan has three pillars: to ensure organizational strength; to be a proactive voice for construction; and to increase stakeholder engagement.

Stephens' third priority focuses on the Culture of CARE program, which was the brainchild of the local chapter and later adopted by AGC of America. Stephens said AGC of America wrote a white paper based on Culture of CARE that addressed the business case for diversity and inclusion. Charter Construction then adopted that, but later rebooted it because it wasn't getting the focus it needed, according to Stephens. It's now part of Charter's culture, and Stephens said the goal is to make everyone at Charter feel like they are part of the family, including new employees.

When asked about some of the big issues facing the construction industry, Stephens said the top issue locally and nationally is the labor shortage. Other worries are increasing costs and the limited availability of supplies and materials. “If you bid something three months ago, you can't hold the price because of escalation,” she said. “Sometimes you have to use alternative products.”

Stephens said the AGC of Washington is one of the top-performing chapters of the association's 89 chapters. She said the local chapter was determined to be part of the high-performing group based on five metrics.

Stephens, a CPA, got her first taste of construction while working in public accounting with client Baugh Enterprises. From there, she moved to Howard S. Wright, and then to developer Harbor Properties, where she helped with that company's sale. She came to Charter about nine years ago.

For the local AGC chapter, Stephens has been secretary-treasurer for two three-year terms, has served on the property committee for nine years, the Retro committee for five years, and attends and participates in Culture of CARE events.

Stephens is also active with the AGC of America, where she sits on the national board. She's in her second term, as the board was held over a year due to the pandemic. Her first year involved virtual meetings, but now she's attending more in-person meetings.

Stephens also is on the AGC of America board of governors, is vice-chair of the AIA/AGC joint committee, the open shop committee, retirement plan committee, audit committee and finance committee.

“Charter and its management and staff have really supported me in my involvement with AGC,” she said.

Stephens said it's become much easier for women in the construction field than in the past. Years ago, getting most males at the table to listen to your ideas was more of a challenge than it is today, she said.

One plus of the labor shortage is that women have become more accepted as the industry scrambles to find workers, Stephens said.

The AGC developed its Construction Leadership Council program as a way to attract more women and young people to the industry. The program originated in 2006 under a different name: Future Leaders Forum.

When not in the office, Stephens likes to go boating, crabbing, and shrimping, as well as cooking and spending time with friends and family. She said she also likes to work.
Categories: Charter People
Punch List Podcast Listen to insights from Charter.
Subscribe today!

Construction Newsletter So do we, stay in touch with us. 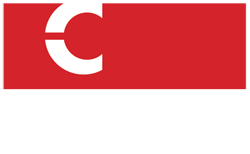