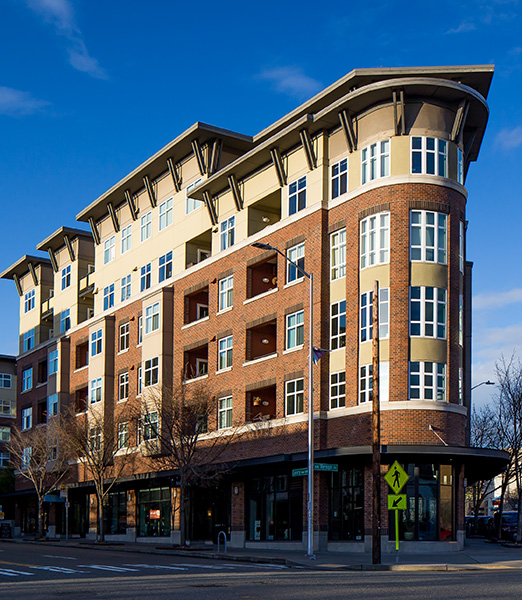 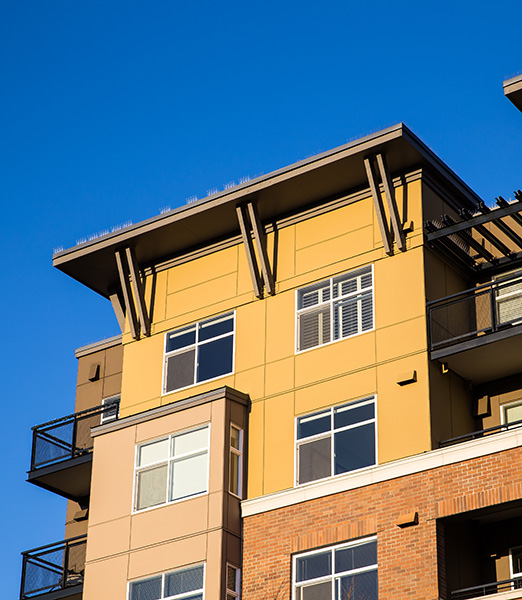 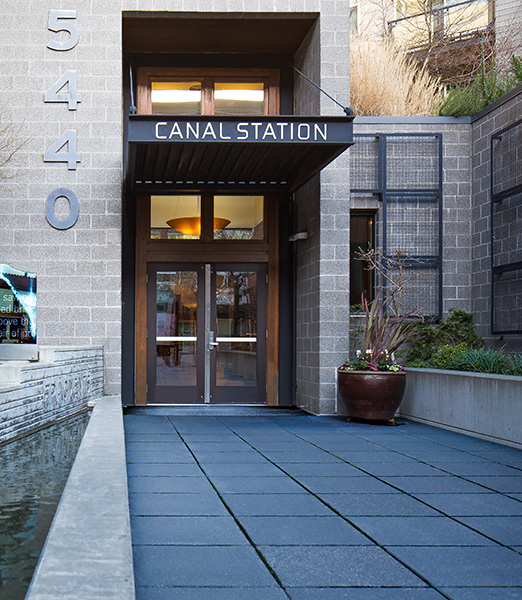 The Canal Station North Condominium HOA hired Charter Construction to upgrade the building and fix some long-standing issues. Located in the Ballard neighborhood of Seattle, it has 107 units and stands six stories high. The building’s original windows did not support the wind loads for the area and the windows leaked, which caused damage to the condominiums’ interiors. Additionally, the building’s roof anchors were not structurally rated to support window washers. Many of the residents wanted to add portable A/C units to their condominiums, but there was no way to vent the air outside.

Charter replaced and upgraded the roof anchors so that they would safely support window washers. The windows were replaced with higher grade windows that were properly rated to withstand the Ballard area’s wind loads. The siding and the WRB systems were replaced when the windows were upgraded and new deck coatings were applied to all of the existing concrete decks.

Initially, the Canal Station North Condominium HOA went through a few difficulties on this project. When the HOA first accepted bids, all of the bids came in over the projected budget. Charter was able to work with the HOA to adjust the scope of work so that the project could be completed for their original budget while still meeting all of the project’s requirements. At Charter’s suggestion, the clients opted to replace 85% of the siding and incorporate some of the existing siding and WRB systems, instead of replacing 100% of the siding as originally planned. This creative adjustment allowed the client to completely weatherproof the building and upgrade the building’s outdated materials while still maintaining their budget.

The Canal Station North Condominiums are now completely weatherproofed. Applying a fresh coat of paint and installing the new windows has given the building a refreshed appearance. This job required several stories of scaffolding to complete. Charter addressed the additional safety concerns that scaffolding requires to ensure the safety of both the residents and our employees. The Canal Station North Condominium repairs and renovations were completed ahead of deadline and under budget. Our Charter team members built a solid, positive relationship with the Canal Station North Condominium HOA. While the project was in progress, the HOA requested various changes and additions to the project’s scope. Our team was able to accommodate all of their requests without moving out the agreed upon project deadline, which the homeowners greatly appreciated.