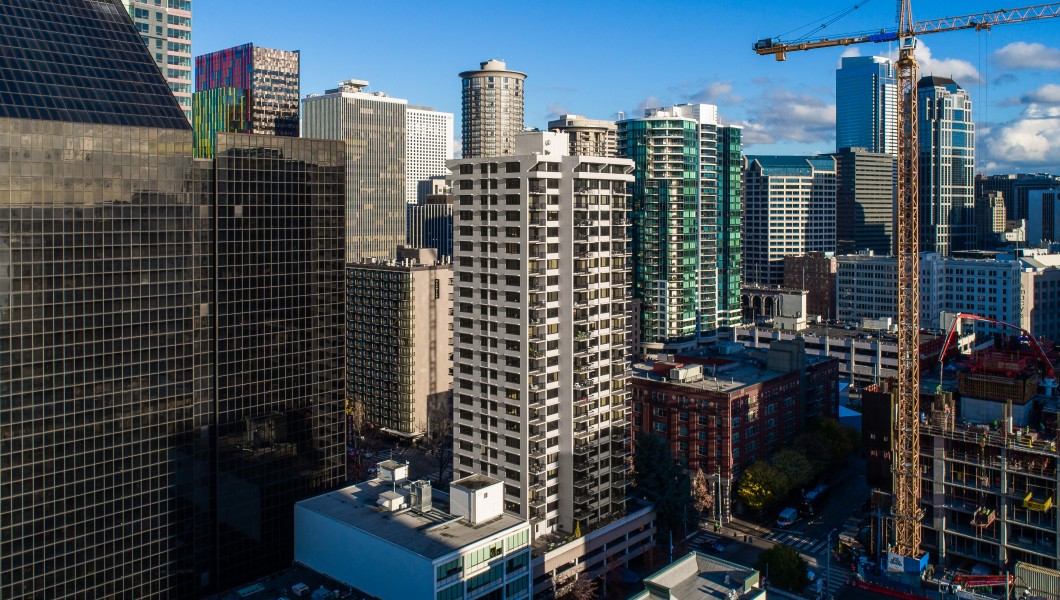 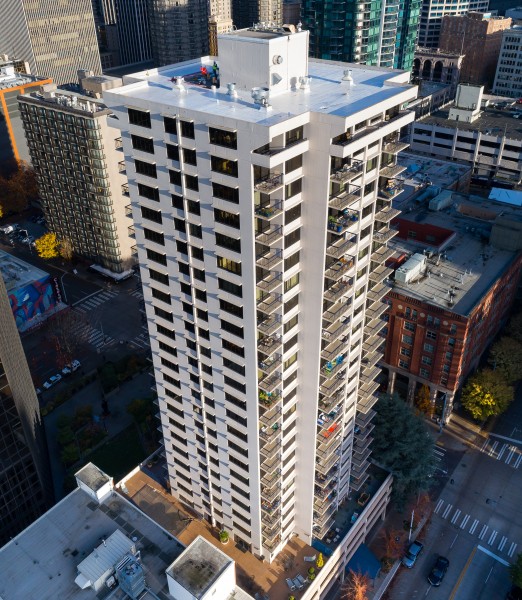 Charter Construction has completed work on The Royal Crest Condominiums in Seattle’s Belltown neighborhood. The 26-floor building was completed in 1974 and is one of the oldest high-rises in the area. Water had leaked into the condominiums through the outdated slider door systems and aluminum window frames. Asbestos was found in the popcorn ceilings.

The windows in each of the 130 units had to be removed. The window liners, had to be cut to remove the windows. The liners are unique from unit to unit and include drywall, marble, and wood liners. After each window was replaced, the Charter team repaired all the associated finishes—both interior and exterior. New screen moldings were installed at the interior window trims. Charter abated the building’s popcorn ceilings and repainted them in order to completely eliminate asbestos from the Royal Crest Condominiums.

There were many safety and logistical challenges associated with working on a 130-unit, 26-floor building in a busy, centrally located part of downtown Seattle. To this end, Charter devised a unique safety and vertical access plan that allowed both exterior and interior work to be safely completed. Each of the building’s 130 units has a different owner. This made coordinating the repairs more complicated. But Charter worked closely with the building’s owners to ensure they were aware of the project timeline. The high volume of traffic in Seattle’s downtown core meant that materials drop-offs and exterior work had to be carefully planned and completed within a very tight space. Finally, the work was completed in a safe but timely manner so that the project deadline was met.