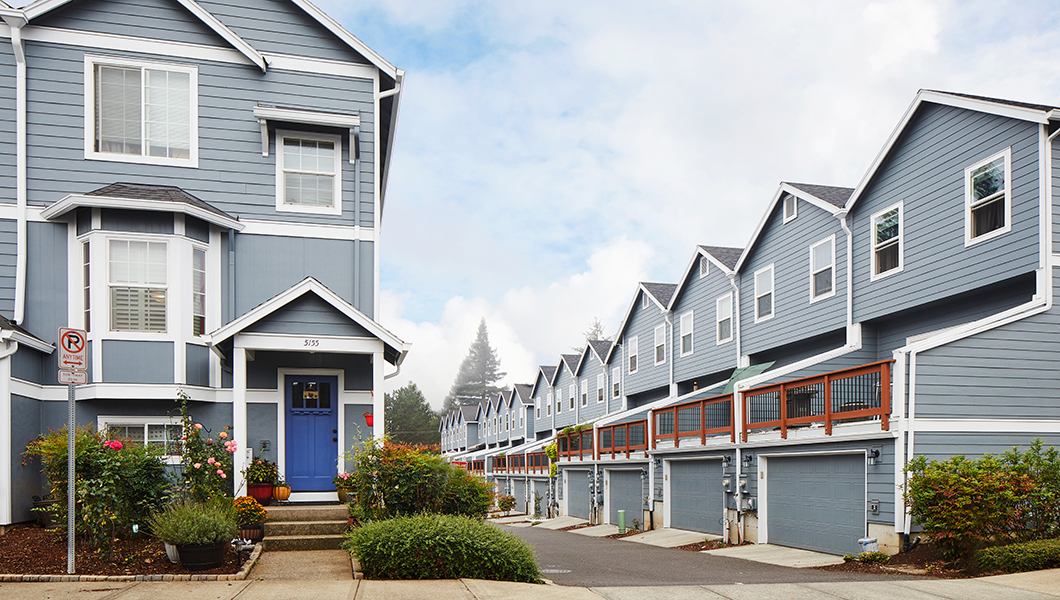 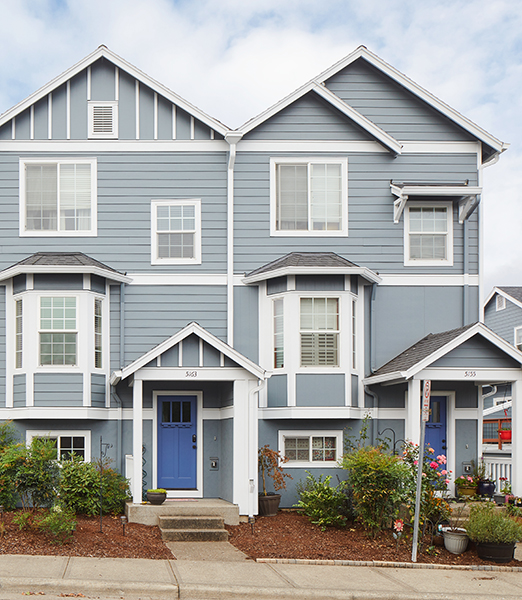 Located in Beaverton, OR, the defects that led to the damage at Mahonia Townhomes were extensive and widespread in the five buildings that make up community. Starting at the top, the buildings’ roofs were leaking badly. The configuration of sputters and downspouts was incapable of keeping up with even small amounts of rain, let alone the near constant downpour often experienced in the PNW. Additionally, the diverters installed at the roof-to-wall locations were either missing or ineffective. Improper flashing had been used around windows and cladding elements. Also, the decks had improper slopes and low quality waterproofing. This led to water running off the decks into the garages.

Passive gable vents were added to the front and back of each unit (except for the end units) to improve attic ventilation. All of the decks had to be completely stripped, re-sloped, and waterproofed with highly effective Tremco membrane coating. The existing deck railings did not meet code and had to be permanently removed. Charter collaborated with a designer and an engineer to come up with a new cedar railing system with aluminum pickets that met code standards.

Cladding work was targeted around windows, vents, trims, and belly bands. Of the five buildings, two were in such poor condition that the cladding had to be fully stripped and completely redone. On those two buildings, the windows were removed and then reinstalled when Charter did the recladding. For the remaining three buildings, the flashing was completed with the windows in place. Two of the front entries had wood-framed decks that had no proper concrete footings. The roofs over those entries had begun to sag without support. Charter shored up those two decks and then formed and poured new concrete footings under the posts to give them long-lasting structural support.

Residents at Mahonia Townhomes had been living in less than ideal conditions for years and Charter personnel worked tirelessly to meet the exacting construction and safety standards necessary for this project while having the least possible impact on the residents. There were project delays due to factors out of Charter’s control - permit and weather delays, but Charter worked hard to complete this project in the timeliest manner possible. When the project was finished, each and every issue had been resolved and the Mahonia Townhomes residents were able to enjoy their safe, functional, and refurbished townhomes.