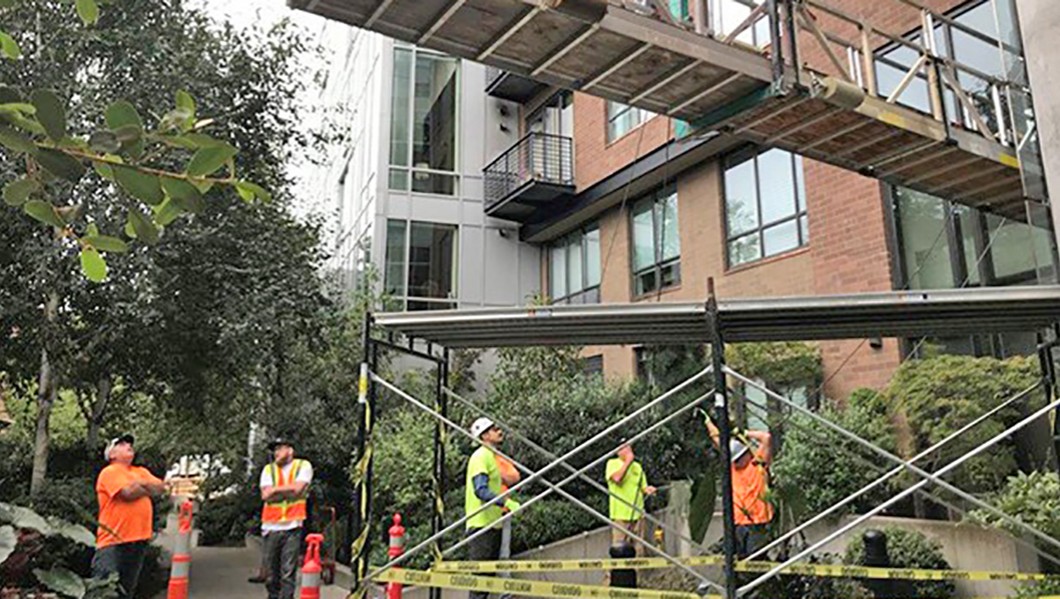 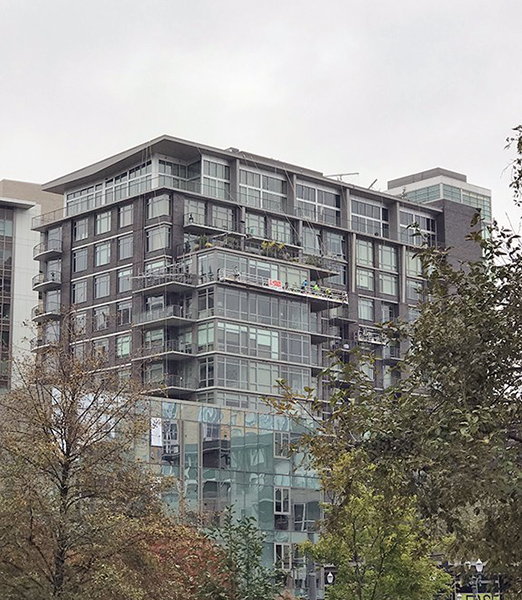 The deck coating was failing on 100 of the unit decks and needed to be entirely replaced. First, the old deck coating was ground down to remove it and then the new coating was applied. Also, a four-inch section of the original coating was kept in place so that the project could be completed without removing the building’s windows and doors, which saved money in the budget. New coating was also applied down the face of the concrete for better performance. Adhesion around the railing bases was failing. In order to fix this problem properly, Charter completed an extensive mock-up phase to ensure the new coating would properly adhere, which proved challenging but not impossible. The majority of the building’s exterior is brick and it was in need of maintenance. The brick was cleaned, power washed, and then brick sealer was installed. Both of the treatments being applied - the deck sealant and the brick sealer, are temperature sensitive. So the decision was made to do the work in two phases in order to ensure proper weather conditions for the project.
Charter managed the access for the project which was mostly by swing stage. A sequencing map of locations to drop the swing stages was developed and schedules were coordinated with the subcontractors. Three or four swing stages were being simultaneously used by a variety of subcontractors every day. Overhead protection was installed to protect pedestrians and local business owners, as the bottom floor of The Pinnacle Condominiums houses several small businesses.

All of the completed work was inspected by Charter. If any issues were found, repairs were made on the spot. All repairs were recorded as they occurred using as-builts, giving the owners a record of the exact location and time of each repair.

Working in the busy Pearl District is always a challenge for construction. As is to be expected in a downtown area, there was only a small area for materials dropoff, pickup, and storage so this process had to be carefully coordinated and managed. The residents stayed in their units throughout the repair process and access to some of the units was very limited. Safety on this job site was of critical importance, especially with the combination of swing stages, heavy traffic, and multiple contractors and projects going on at once.